Noncitizen spouses who have entered the United States without inspection may still be eligible for immigration benefits under section 245(i) of the LIFE Act.  Many people who have either never had valid immigration status in the U.S. or who have fallen out of valid status are allowed to apply for adjustment of status in the U.S. if they pay a penalty fee.  Without this type of waiver, many people who do not have valid status in the U.S. would be unable to seek a visa while in the United States.  Without this waiver, they would be required to seek their immigrant visa from within their home country.  However, due to the status violation, they also would be barred from reentering the U.S. for at least three years.  In many cases, they may even be banned from re-entering the U.S. for ten years!

To be eligible for this waiver, you must:

Even if your initial petition was not successful, but was filed on or before April 30, 2001, you may still be eligible for the 245(i) waiver.   Under certain circumstances you may apply again for residency through another family petition.   Immigration law is one of the most complicated areas of law, with a constantly evolving and changing laws and regulations.  At Your Immigration Angel, we are committed to staying on top of the most recent changes to help you better follow your immigration path! Let us guide you on your path and assist you in achieving your immigration goals! 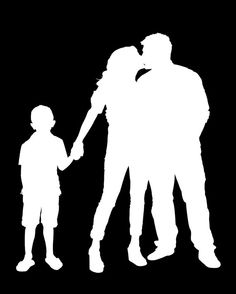 While the K-3 and K-4 visa offers many benefits, there are some other considerations to think about, depending on your personal situation.  For example, did you know that even though an immigrant visa is immediately available when a K-3 Petition for Alien Relative reaches the Department of State, but then your spouse’s children are no longer eligible for K-3/K-4 nonimmigrant status?  In that situation, the children must immigrate as lawful permanent residents.  If the K-4 visa holder does not have an approved Petition for Alien Relative at the Department of State at that time, he or she will be ineligible to immigrate with the spouse of the USC.

K-3 or K-4 nonimmigrant visa holders are only admitted for a 2-year period.  A K-3 or K-4 nonimmigrant visa holder may apply for an extension of status in 2-year increments as long as the marriage-based green card visa petition or a corresponding application for adjustment of status or visa application is still pending adjudication.  A K-4’s authorized stay automatically expires when the K3’s status expires.

If your petitioning spouse is a U.S. citizen the children are full biological children or legal step-children, they may qualify for green cards as the U.S. petitioner’s immediate relatives.  The children must be unmarried and under 21, and if they are step-children, they must have been under 18 years of age when you married.   Immigration laws give a high priority to applicants who are immediate relatives.   Also, there are no annual limits on the number of green cards issued for immediate relatives, and waiting periods. Your Immigration Angel is available to help you with any of your immigration needs today!  Call or email for a free consultation.

How to Determine Admissibility to the U.S. for a Green Card Application

“Admission” means the lawful entry into the U.S. after inspection and authorization by a United States immigration officer.

Under U.S. Immigration law, a  person is seeking admission when he or she:

Additionally, in some instances, a lawfully admitted individual may travel abroad after being convicted of a crime and then want to return to the U.S., which is also considered seeking (re)admission.

If you are considering petitioning for your spouse to obtain a green card, let us help you so that you can avoid being separated from your loved one  and can maintain your family unity. We know that separation is difficult for you.  Your Immigration Angel can help you to  secure the right family visas to allow you to unite with your spouses and family members.  Call or email for a free consultation today!

If you entered the United States “legally,” you probably came to this country with a valid nonimmigrant visa, such as a student visa, tourist visa, or temporary work visa.  Some people are even allowed into the U.S. on a visa waiver or with a special pass at one of the U.S. borders.  In either event, you would have been inspected by an immigration official at your point of entry and allowed into the United States.  This method of entering the U.S. makes it easier for you to file for an Adjustment of Status in the U.S.  Your U.S. citizen spouse can file a Petition for Alien Relative to apply for your green card.

However, did you know that even if you are now staying in the U.S. past the date of your authorized stay, , you are still eligible for a marriage based green card?  A green card is still available to you even if you are “out of status” or are staying here illegally.  If you have overstayed by six months or more since April 1, 1997 you may still apply but would need a waiver.  It is very important to note that if you leave the country, you would be barred from returning for three or ten years, depending on the length of your unauthorized stay.  Immigration law is a complicated field.  Your personal immigration path may have twists and turns that you did not expect!  We can help you to make your journey as smooth as possible.  Contact Your Immigration Angel today for your free consultation!

There are two paths to apply for a marriage based green card.  Which path is right for you depends on your individual circumstances.  The two methods are:

1.)   If you are outside of the United States, then you can apply through a consular process and have your interview at the U.S. consulate in your county.

2.)  If you are currently in the United States, then you can apply to adjust status from within the U.S. and you will have the interview in the U.S.

If you are in the U.S., the USCIS will review your application based on if you came into the U.S. with an inspection or entered the U.S. without an inspection.  If you have fallen out of lawful status but you entered the U.S. legally, and had an inspection by an immigration official, you can generally obtain your green card from within the U.S.   If you are in the U.S. without lawful status, then you cannot change your status from within the U.S.  You will have to return to your home country to proceed through a consular process unless you qualify for an exception to this general rule as the spouse of a U.S. citizen.  Immigration law is very complicated and errors or problems with your petition for a green card can ruin the chances for success now and in the future.  For assistance with your marriage based green card, please contact Your Immigration Angel today! 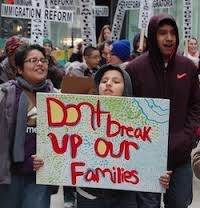 The Violence Against Women Act or VAWA, provides wide-ranging support and comprehensive immigration law benefits for victims of domestic violence.  VAWA has also provided a foundation for federal financial support, as well as additional guidance for state and local law initiatives.  There has been significant progress in addressing the domestic violence crimes against immigrants.  However, many abused immigrant men and women are unsure of their rights.  If you or someone you know is being abused or thinks they are being abused and is an immigrant, please, feel free to contact Your Immigration Angel for a free consultation today.

It will come as a relief to many that a new Haitian Family Reunification Parole (HFRP) Program will be implemented in early 2015.  Deputy Secretary of Homeland Security, Alejandro Mayorkas has said that “The rebuilding and development of a safe and economically strong Haiti is a priority for the United States.  [The] program promotes a fundamental underlying goal of our immigration system – family reunification.  It also supports broader U.S. goals for Haiti’s reconstruction and development by providing the opportunity for certain eligible Haitians to safely and legally immigrate sooner to the United States.”   Indeed, under this program, U.S. Citizenship and Immigration Services (USCIS) will offer certain eligible Haitian beneficiaries of already approved family-based immigrant visa petitions, who are currently in Haiti, an opportunity to come to the United States up to approximately two years before their immigrant visa priority dates become current.

DHS has been conducting spot inspections of detention facilities.  Conditions that may warrant additional inspections include increases in UAC apprehensions that result in many UAC being held in CBP facilities longer than 72 hours and credible allegations of

DHS employee misconduct.  During one routine spot inspection, DHS observed that CBP personnel did not properly segregate a UAC with a communicable disease. They also did not ensure that food and water were readily available.  CBP agents working at that time were unfamiliar with the protocol for dealing with UAC resulting in the above failures.  A second inspection of the facility a week later was required.  During the subsequent inspection, food and water were readily available and the station had addressed all issues from the previous spot inspection and only CBP employees familiar with UAC were assigned to that facility.  DHS has promised to continue monitoring the welfare of UAC and conducting spot checks of CBP facilities for compliance with protocol.   Border Patrol apprehensions of UAC declined three fold since June 2014, from over 10,000 detainees per month to a little over 3,000/month in the subsequent months.  Only a limited number of CBP facilities are processing UAC. CBP personnel are transferring most UAC to appropriate Health and Human Services (HHS) housing within 6 hours.