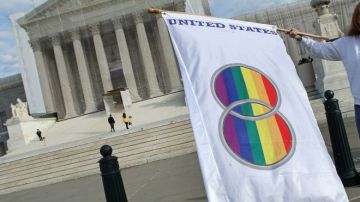 U.S. immigration law now allows same sex couples to apply for marriage based green cards as well!  This is opportunity was made available after the United States Supreme Court’s ruling that the Defense of Marriage Act (DOMA) was unconstitutionally denying same-sex legally married couples Federal Benefits, including the ability to sponsor an individual’s spouse for a marriage-based green card.  Reformed immigration laws have been implemented since June 26, 2013.   All U.S. Federal Agencies have enacted laws regarding same-sex married couples’ immigration petitions, as overseen by the United States Citizenship and Immigration Services in the Department of Homeland Security.  If you need assistance in petitioning for your spouse, feel free to contact Your Immigration Angel for a free consultation!